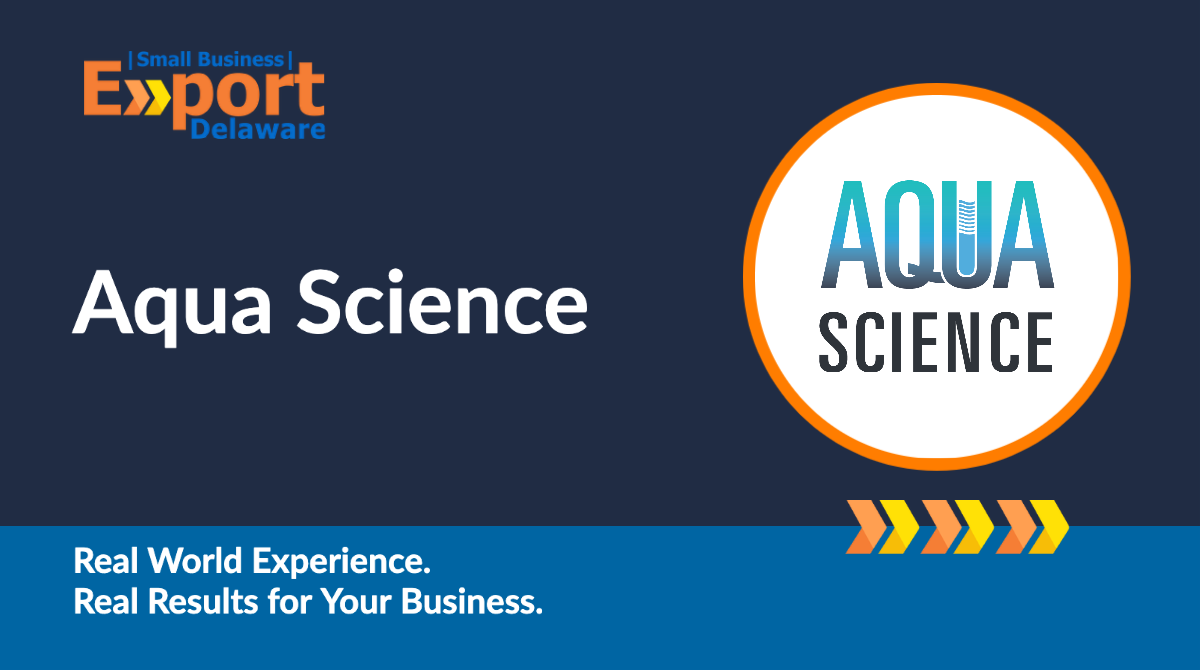 “Networking” the Catalyst of Growth for this Female Founder

Iwona Evans, owner of Aqua Science in Newark, Delaware shares her experience of launching a global startup in Delaware.

Evans was destined to become a global businesswoman. She grew up in Poland and came to the US in 2000 to learn English. Within a year, she was attending college. She earned her Bachelors in International Business Management and Master of Management from Goldey-Beacom and MBA concentrating in New Venture Creation from the University of Delaware. Upon graduating she began working for a small, private biotech company in Delaware. Evans says she enjoyed working for the small firm because she was able to learn all aspects of the business. “I had the goal of learning as much as possible.” After spending several additional years at biotech PLC and gaining more experience, eventually Evans felt it was time to start her own venture. Thus, Aqua Science was born.

Aqua Science manufactures reagents to test the toxicity in water and soil. The company is also developing a new groundbreaking instrument that will fill a major void in the market. Evans and her team anticipate they can go into production by mid-2022 and that this instrument will be sold around the world.

When she set out to launch the company, she had the vision to export and grow internationally because that’s where the demand is. “Europe and now Mexico require testing the toxicity levels in water and soil. Our technology is needed there,” says Evans.

Networking: The Catalyst for Early Growth

They launched Aqua Science in February 2020 — no one could have predicted that a global pandemic would challenge their plans.

“We had to become creative and focus on building relationships with customers and distributors,” says Evans. Networking played a major role in helping them make their first connections.

“We had to become creative and focus on building relationships with customers and distributors.”

“It’s been a long two years,” admits Evans. “But it’s been really exciting too!” After a year of attending virtual events, meeting people, and networking, it’s finally paying off. Now contacts are calling Evans saying, “I saw this and thought about Aqua Science!”

Advice for Women in the International Workplace

The majority of Aqua Science’s team are women. This gives their company an advantage. “We bring a different way of thinking,” says Evans. “Our team is less aggressive, and more focused on building relationships.”

“Often, women feel they need to do everything by themselves,” says Evans, “That’s not always the case.” Evans recommends surrounding yourself with people who will give you support. Hire employees who you can rely on. Have someone you can vent to and talk to. “It’s really important that you don’t feel like you’re carrying it all on your shoulders.”

“I’m grateful for the employees we have, I can really rely on them. When needed, they step in and take work off my plate.”

Of course, being a woman business leader on a global scale is not without its challenges. In her career in biotech, Evans noticed she was often “the only woman and often the youngest individual in the room where men were making the decisions.”

“When I spoke up, I could tell that sometimes they overlooked my input because I was a young woman.” When faced with that, Evans says it only strengthened her resolve. “Just watch me!”

Evans is focusing on building a strong customer base for Aqua Science. Sales of their new instrument and product line will increase their global reach. Research and Development will be another growth area in the future. “Our team has specialized knowledge and a lot of great ideas,” says Evans. “They are passionate about making a difference in the world — coming up with new solutions to problems, especially when it comes to clean water and soil.”